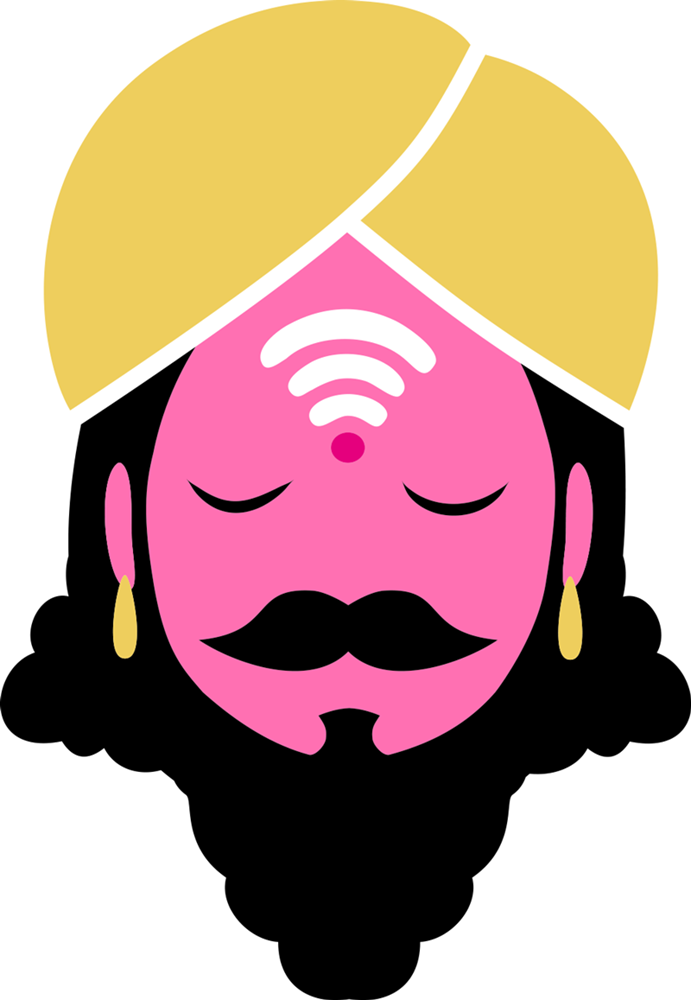 After a great hybrid festival in 2021, this year we will fully focus on the physical experience on site at Kunsthafen Köln. We can look forward to numerous creative works and an exciting programme consisting of workshops, panel talks, a culinary highlight and many musical specials. 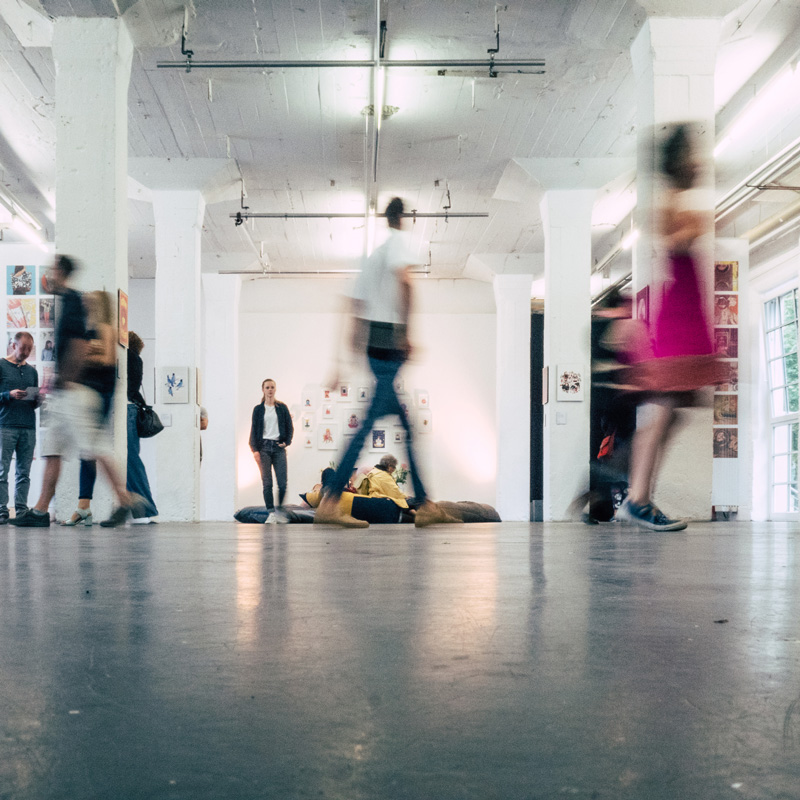 20:30 We will be welcomed by the lovely Aradhana Sharma (Masala Movement) accompanied by curator Manoj Kurian and Nina Dietzel (KölnBusiness). Keshav Purushotham will do the honours behind the DJ booth and the local start-up Kochtiger will provide us with delicious finger food. Let‘s have a drink and kick off INDERNET 2022! 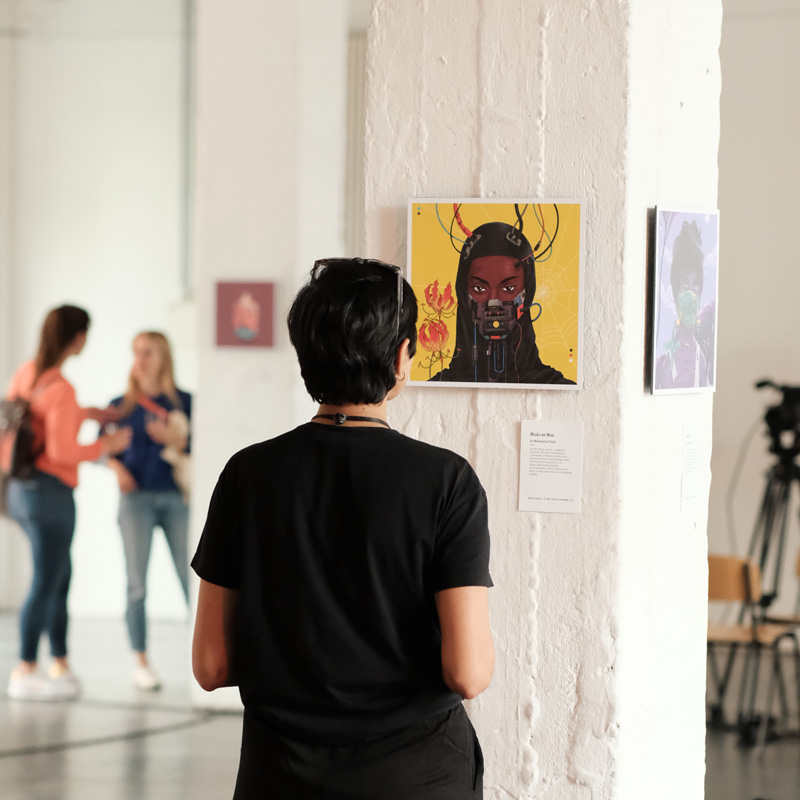 14:00 – 22:00 Come and see all the artworks at your leisure. Do not hesitate to bring your kids, dogs or elephants. The venue is barrier-free and everyone is welcome. There will be a drawing corner for the little ones supervised by our lovely illustrator Costanza Coletti.If you have any questions or just feel like saying hi, we are there and looking forward to meet you. 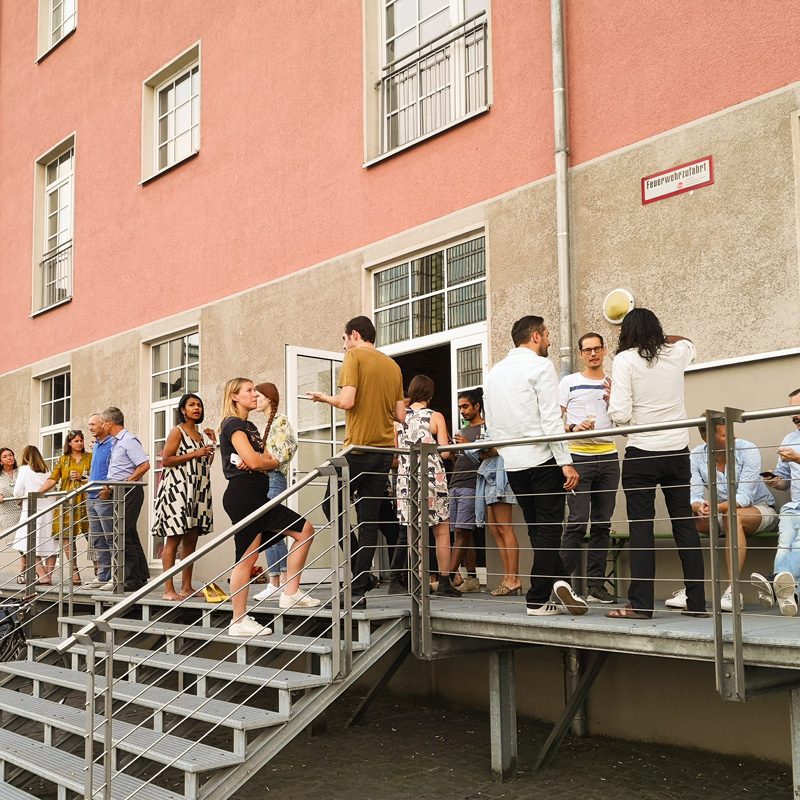 14:00 – 22:00 Come and see all the artworks at your leisure. Do not hesitate to bring your kids, dogs or elephants. The venue is barrier-free and everyone is welcome. There will be a drawing corner for the little ones supervised by our lovely illustrator Costanza Coletti. If you have any questions or just feel like saying hi, we are there and looking forward to meet you. 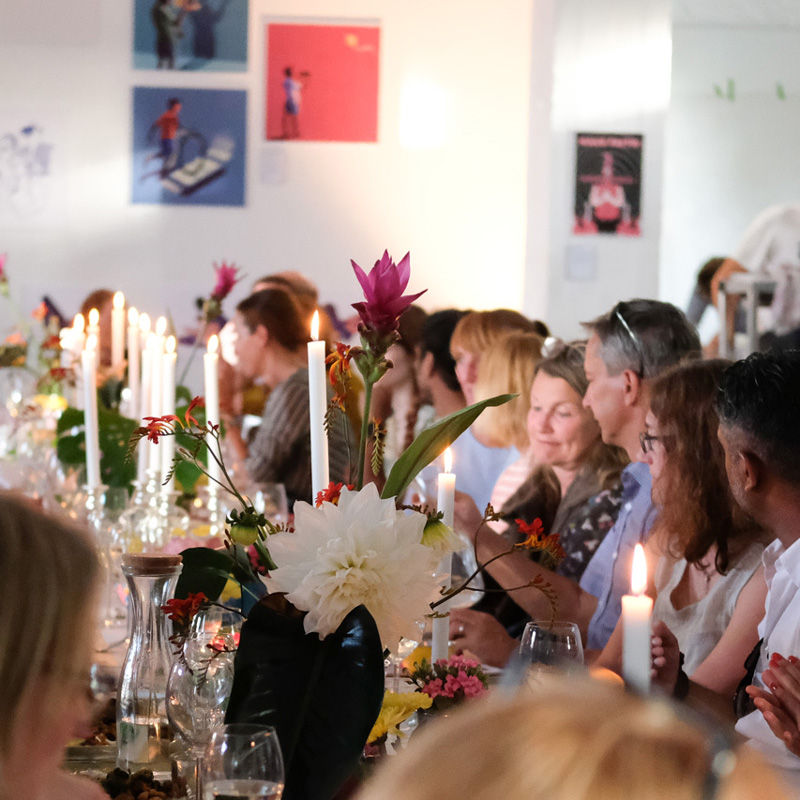 Dreigang and Gupta’s Kitchen will once again provide the culinary highlight of the INDERNET exhibition: an Indian-inspired three-course menu with seasonal and regional ingredients. The meal will be served at a long table where strangers become friends. The price is € 80 per person (incl. aperitif, three-course menu, wine accompaniment, water, digestif and coffee). 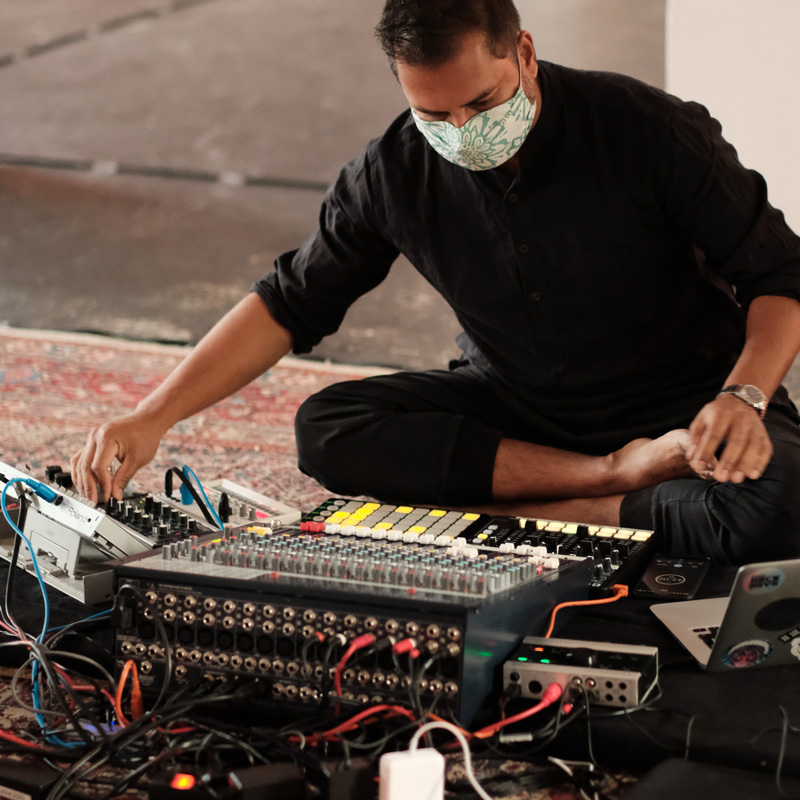 On this evening we can look forward to an exciting mix of video art, voices, melodies and beats with Asuf Ishaq, Shrii (tbc), Todh Teri and Kone Kone. And in advance, the artist duo Peter Simon and Freya give us a little insight into their great audio work “Béton Brut Bangalore”. 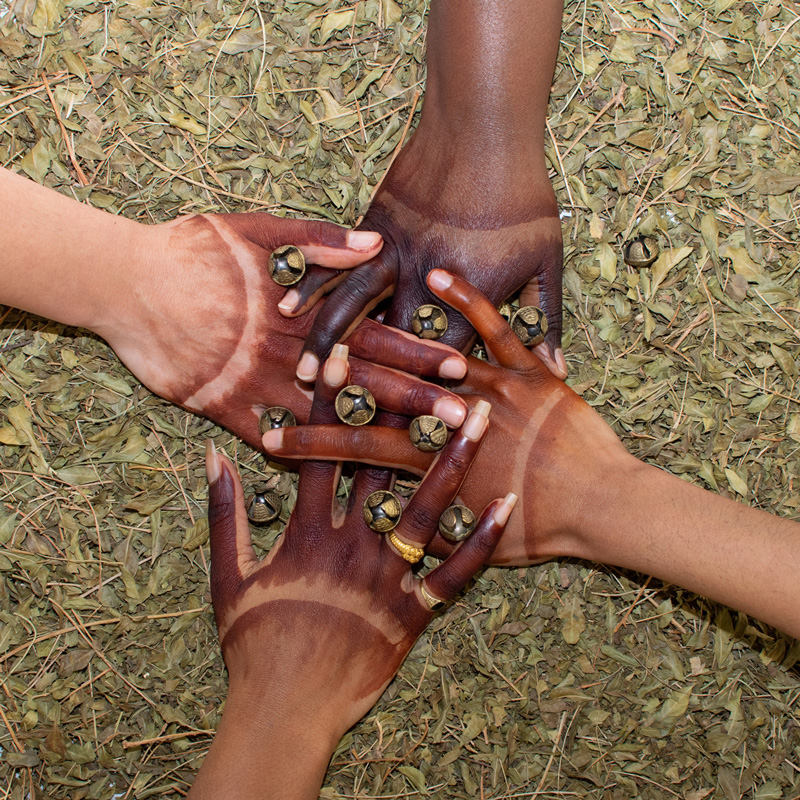 You are invited to experience a fragment of the creation process of Ctrl+Alt+Identity (CAI) – A decolonial and intersectional dance theatre where different art forms and togetherness are key in telling marginalised stories of Women of Colour. Shila Khuki de Vries, Shawita Parag, Ruby Joemai and Anima Jhagroe-Ruissen, four of the creators of CAI, will guide you in expressing your story through henna-art, movement and costume-design. Within this workshop the experiences of Women of Colour are centred and all participants are asked to be mindful to this. (Language: English) 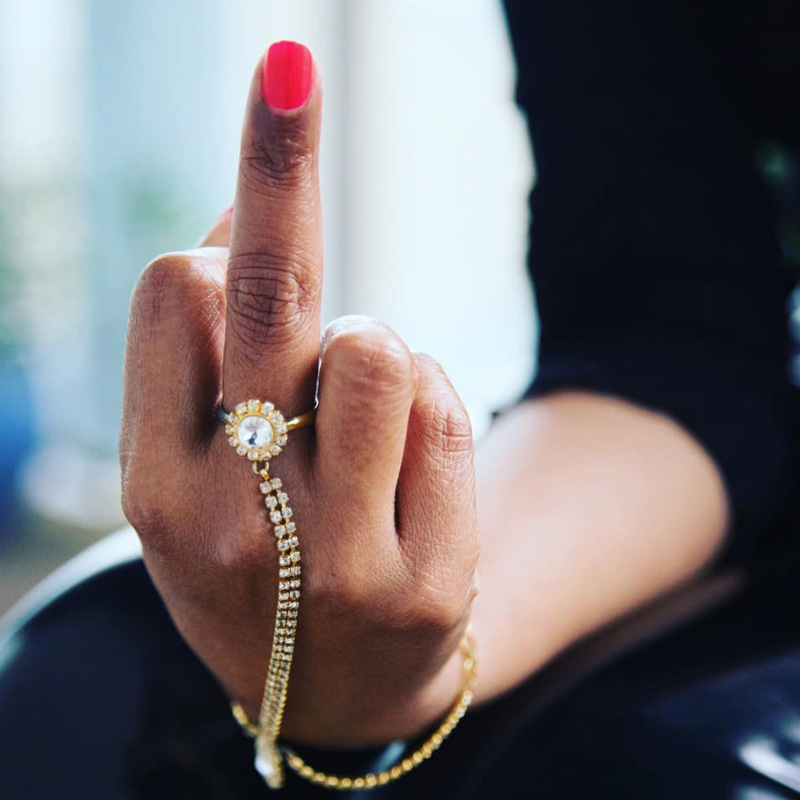 Sangeeta Pillai shares sisterly tips and tricks on how to start and run a podcast successfully. Her Masala Podcast is now in its fourth season and seen as one of the top feminist podcasts, giving voice to the experiences of South Asian women. (Language: English) 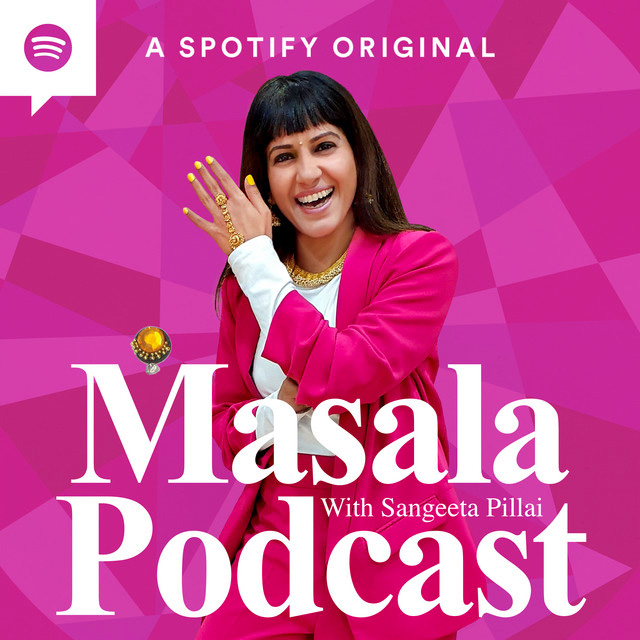 The multi-award-winning Masala Podcast from London comes to Germany for a special live episode. Join founder and host Sangeeta Pillai as she talks to three exciting women about saucy topics. (Language: English) 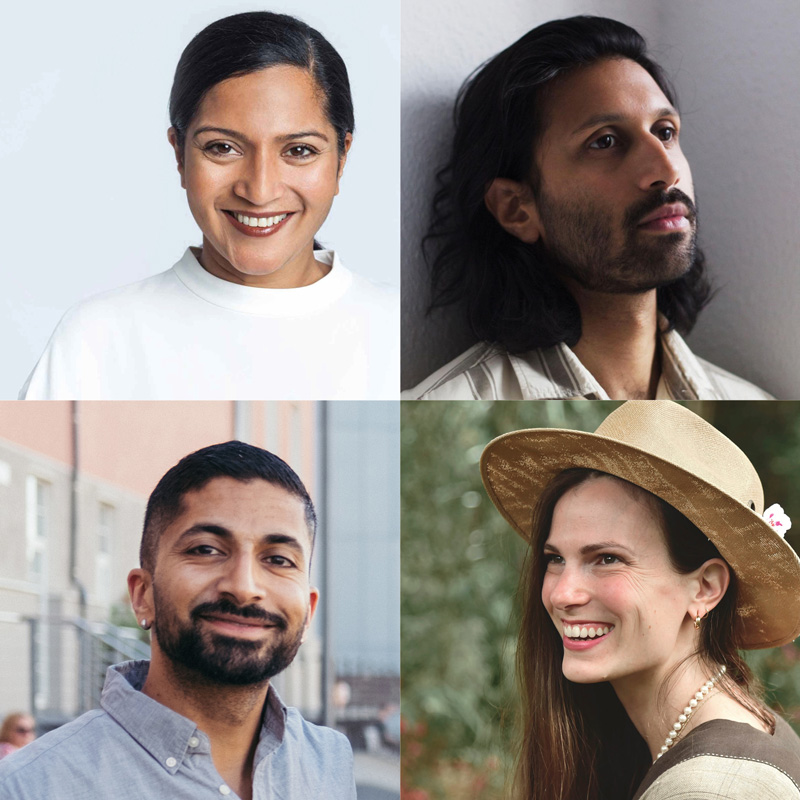 For the festival closing, Prasanna Oommen talks to Ralph Tharayil, Manoj Kurian and Costanza Coletti about personal experiences and developments in the “glocal” art and creative scene. The four cultural creators reflect and discuss the concept of INDERNET and illuminate the event title from a critical viewpoint with fresh perspectives for the future. (Language: German)

Prasanna Oommen is a presenter, host, communications consultant and author and works with her team in the cross-cutting areas of culture, cultural education, diversity, digitization and political communication in NRW and Germany-wide. Prasanna is an active member and former board member of the Neuen Deutschen Medienmacher*innen (New German Media Professionals) and spent four decades working as a performing artist and dance teacher. (Photo: Maj Rutten)

Ralph Tharayil, born in Switzerland, develops concepts and texts for audio formats and performances and writes prose and poetry for which he has received several awards, most recently a workshop scholarship from the Literary Colloquium Berlin and the Alfred Döblin Scholarship. In the current season he is a scholarship holder at the Institute for Digital Drama at the National Theatre Mannheim. His debut novel will be published next spring by Voland & Quist in the Edition Azur. Ralph lives in Berlin. (Photo: Sergen Yener)

Manoj Kurian is an independent creative developing design and communication concepts for brand and community building. After living and working in India, Malaysia, Egypt and Switzerland today he is based back in his hometown Köln. As the founder of Masala Movement and curator of INDERNET he aims to create platforms for transcultural identities, empowering creatives at the intersection of art, culture and technology. (Photo: Jamain Ganesh)

Costanza Coletti is an illustrator and graphic designer from Rome. For the past ten years she has lived in Germany, Austria and Mexico practising Kundalini Yoga intensively. Costanza considers meditation her creative engine: her creations arise spontaneously through meditative experiences and adventures in the space of silence. This intuitive creativity flows both in her personal creations and commissioned works. She is an integral part of INDERNET by realising the annual key visuals since 2018. (Photo: Gerardo Ozuna) 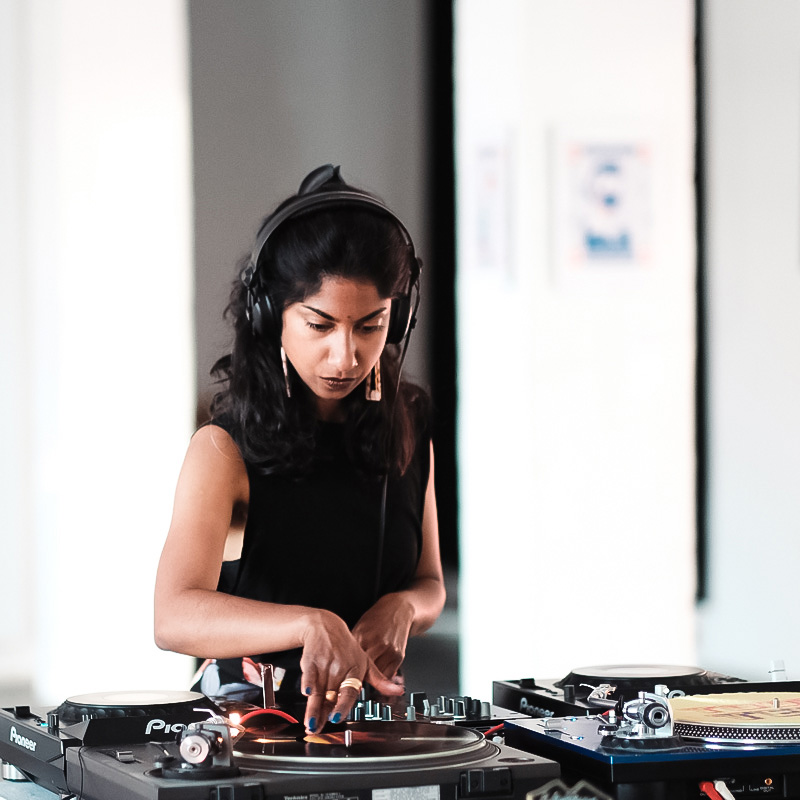 And the best comes at the end. Finally it’s time to dance! At the INDERNET Finissage Party our favourite local DJs Vineetha and AMSL will get us in the groove before our special guest Anu Ambasna from London and our Berlin power duo Pawas and Pooja B heat things up till dawn.

Become a partner
Menu
Manage Cookie Consent
To provide the best experiences, we use technologies like cookies to store and/or access device information. Consenting to these technologies will allow us to process data such as browsing behaviour or unique IDs on this site. Not consenting or withdrawing consent, may adversely affect certain features and functions.
Manage options Manage services Manage vendors Read more about these purposes
View preferences
{title} {title} {title}